Since 1888, the mission of the National Geographic Society has been driven by the quest for adventure and the intellectual curiosity of its founders. Its origins are rooted in a firm belief in the conservation of all the natural resources of the planet and throughout the years the Society has looked to the world’s visionary frontrunners to set the direction in which it leads. To that end, the leaders of National Geographic inaugurated an International Council of Advisors in January, 2013, when it appointed 60 founding members. This year, Anar Mammadov, the Chairman of the Board of Garant Holding, joined their ranks to become a member of this esteemed council. 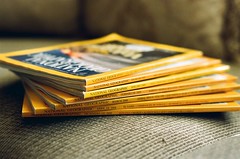 The recent collaboration between the media branch of Garant Holding and the National Geographic Society to publish the first Azerbaijan regional edition of the National Geographic magazine placed Anar Mammadov at the forefront of the National Geographic’s efforts to expand its publication outside the US. As the 40th country to have an edition of the magazine in their local language, many Azerbaijanis will have the chance to see photographs of and read articles about little known areas in their country for the first time. The significance of having a scientific publication available to the citizens of the country is emphasised by the fact that during the Soviet occupation these magazines were prohibited.

Garant Holding has become known for the technological advances of the companies under its direction, especially in the areas of media and telecommunications. The addition of the National Geographic Magazine, which will be available to those in even the most remote regions of the country, exemplifies Garant Holding’s mission of continuing to be a developing company that establishes values for interested parties and provides high quality products and services.

The company, which is now considered one of the significant holding company’s in the country, employs over 7,000 people and has offices in Baku, London, Geneva and Dubai. Garant Holding encompasses 33 companies in several different business sectors, including construction, real estate, logistics, insurance, hotels, telecommunications, advertising and agribusiness. Garant Holding was originally founded under the name ZQAN Holding in 2005 and was renamed in 2013.

The leadership of National Geographic already sees the International Council of Advisors as the most significant and successful group of volunteer leaders in its 125 years in operation. Inclusion in this prestigious group exemplifies the dedication Anar Mammadov has to form positive relationships for his country now and in the future.